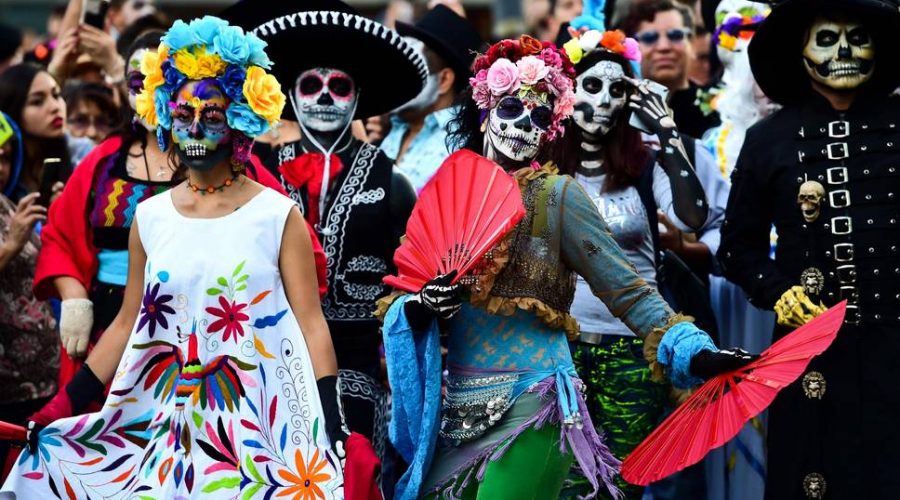 A celebration of life in Mexico

The Day of the dead in Mexico (or Día de los Muertos in Spanish) is one of the biggest and colourful celebrations of the year. In 2008, UNESCO recognised the importance of Día de los Muertos by adding the holiday to its list of Intangible Cultural Heritage of Humanity. It is celebrated between October 31st and November 2nd. On this holiday, Mexicans remember and honor their deceased loved ones, and it is characterized by the colourful celebrations. Mexicans visit cemeteries, decorate the graves and spend time there, in the presence of their deceased friends and family members.
And what about food? You work up a mighty hunger and thirst traveling from the spirit world back to the realm of the living. At least that’s the traditional belief in Mexico. Some families place their dead loved one’s favorite meal on the altar. Other common offerings are: pan de muerto, sugar skulls ands drinks.
Finally we leave you a list of the places you shouldn’t miss during your trip:
– Oaxaca, well known because of it’s tradition, party and devotion. Outstanding for the exhibitions of floral rugs, crypts, altars and the FOOD!
– Mixquic, city at the southeast of Mexico City, it is distinguished by the “hour of the bell ringer” and the “alumbrada”.
– In Pátzcuaro, Michoacán, a collective offering is organized by young Purépechas, as well as the decoration of the cemeteries and the traditional “dance of the fishermen”.
– In the picturesque town of Cuetzalan in Puebla, its showy offerings stand out.

Mexico is diversity, don’t miss a second and book your trip now! 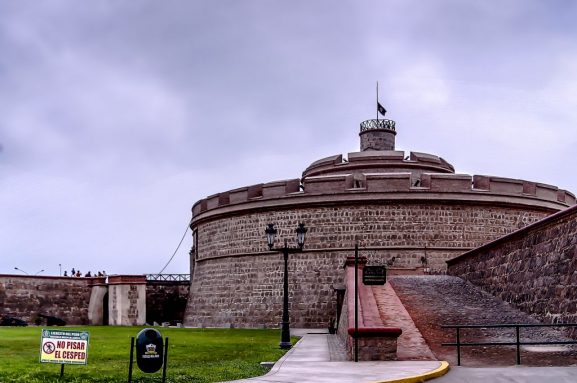 The Real Felipe Fortress is my favorite museum in Lima, yet it is one of the city’s least-visited attractions, which 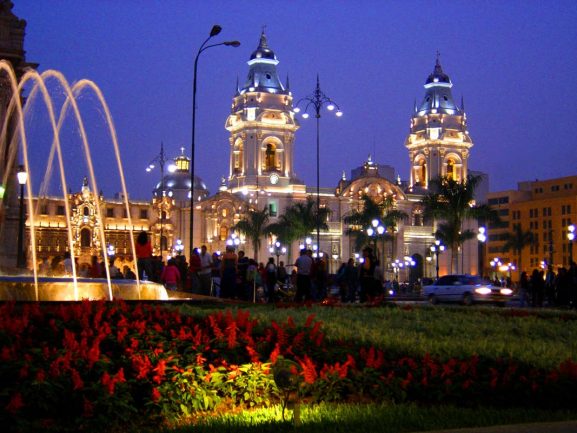